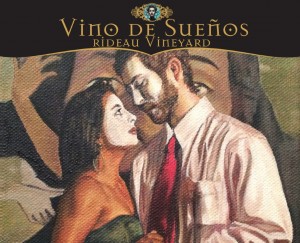 Rideau Vineyard was founded in 1997 by New Orleans native, Iris Rideau. Early on in the winery’s inception, Iris Rideau decided to dedicate her estate vineyard entirely to Rhône varietals. She felt that Rhône wines were not only ideally suited to the Santa Ynez Valley AVA, but also instinctively felt that they were best suited to the Creole cuisine of her childhood. Indeed, as the vines matured, and the first estate wines were produced, Iris soon began hosting a series of Creole-inspired dinners, with each dish paired with a Rhône varietal. The dinners were wildly successful, and soon became full-fledged winery events, attracting food and wine lovers from around the country. Today, Iris continues to host frequent events held at the winery grounds, pairing the food of her homeland with Rhône varietals.

Now, almost a decade later, Iris has opened the front parlors of the historical adobe for exclusive reserve wine tastings for Cellar Club Members and a special segment of the public wishing to taste our estate and reserve wines.